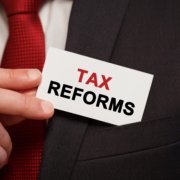 Polish parliament implements lower CIT (corporate income tax) since January 2019. Firstly CIT for a small and medium company was reduced to 9%. Small and medium company according to Polish law is a company which yearly revenue is no more than 1.2 mln Euro. If during the year company achieve that level then will pay regular level of tax 19% from total income. It is unfavourable change compare previous regulation.

Another interesting change in Polish law concerns companies which develop new technologies. For that companies, Polish law predicts special tax relief called innovation box (IP box). The company who use IP box will pay only 5% CIT even if their revenue exceeds 1.2 mln Euro. This tax relief is designated primarily for software developers but also for companies which have industrial property law like a patent or other. Companies can benefit from this regulation if they meet two conditions:
– conduct research and development activities directly binding with an innovative product,
– will keep detail accounting record related to that product.

If you have any question about taxation in Poland, please contact us. 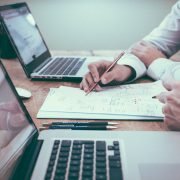 The introduction of non-competition provisions into contracts is very common among Polish transport companies. However, this does lead to questions regarding validity.

Moreover, in the transport industry, there is a specific model for concluding a contract. Usually, the principal sends an email with a caveat that if the receiver doesn’t return it, then that contract is accepted and binding. Obviously, this raises another question about validity, if the recipient sends a truck and takes a cargo that means he approves the contract and the email was effective.

According to the court, the above method of contracting is indeed valid but only regarding the core obligation. However, it is invalid with regards to the non-competition provision. This is because the email is received by an employee who often doesn’t have the power to conclude an agreement which includes a non-competition provision and contractual penalty. That kind of provision must be approved by a person authorized to represent the firm.

In brief, as a rule, it is possible to stipulate non-competition and associated contractual penalty provisions in transport orders. However, introducing such caveats must comply with rules described above.

For the last few years in Poland, you have been able to set up a business online. In the beginning, it turned out that this solution was not achievable for a foreign person because during the procedure the software asked you about PESEL (polish identification number). Obviously, most foreign people do not have PESEL. The number is necessary only if you live here.

In 2015 a polish legislator fixed this problem and enabled, instead of PESEL, the possibility to give a passport number. It looked great, but the legislator forgot to change one regulation. According to Polish law if someone provides a passport number he/she has to submit a statement that is not obligated to posses PESEL. Unfortunately, you can send that statement through the internet. Software does not predict this (and still until today nobody has fixed it).

The most interesting thing is that some courts registered a Limited Liability Company without that statement. If you are a foreign person and have an address outside Poland, you are not obliged to posses PESEL (it comes from the polish law). Other courts for instance in Szczecin and Łódź interpreted the law strictly and denied registration. The Courts said if you did not submit a statement about PESEL and the law demands this they cannot register the company (strangely enough they stayed on the position that you cannot submit your application traditionally).

From Jun 2017 establishing a Limited Liabilities Company through the internet is more difficult. The legislator has implemented a law that both Polish and foreign citizens must have a particular signature if they want to set up a business online. To receive that signature it is necessary to appear in the Polish office. It is not a problem for the Polish citizen, but it could be for the foreign person.

To summarise, foreign people can establish a Limited Liability Company in Poland through the internet, but it works only in some cities (don’t do that in Szczecin). Furthermore, it is necessary to approach the Polish office to receive a digital signature. So if you must come to Poland to set up a company, I strongly recommend to you, instead of going to the Polish office, go to a notary and traditionally establish the business.

Limited Liability Company is still the most popular type of company in Poland. This is because you can establish this kind of company very quickly and shareholders are not liable for company commitment. But what about taxation?

Unfortunately, choosing an LLC is not the best options regarding taxation due to changes which were implemented by the Polish government in 2016. Although it is relatively expensive in Poland, this option is competitive compared to Western Europe (especially as Polish labour costs are still low). Taxation of LLCs is regulated by the Act of February 15, 1992, on corporate income tax. According to art. 19.1.1 the amount of tax is 19% of income. Then if shareholders would like to pay out dividends, they would have to pay another 19%. Therefore shareholders must spend a significant part of a company income to earn some money from their firm’s dividends.

The new regulation is in article 19.1.2. According to these rules for new companies and small taxpayers amount of income tax is 15% of their profit?. This rule applies to new companies during their first year of activity. Whereas according to art. 4a.10 small taxpayer is a company that has sales revenue (including VAT) in previous tax year not higher than 1.200.000 Euro. That’s why this solution is not for many companies.

In conclusion, new regulations have not changed much. Conducting an LLC company is convenient and competitive, and you can find great opportunities in Poland.

We have achieved great success winning against one of the leading banks on the Polish market in the case conducted before Arbitration Court to The Polish Bank Association, regarding CIRS transactions (CIRS transactions, along with currency options, are recognized as so-called ?toxic derivative instruments? and were frequently concluded by entrepreneurs in year 2008). The Court accepted our argument and dismissed the complaint of the bank worth over a dozen millions of PLN and, at the same time, accepted our client’s counterclaim and adjudicated the requested amount for our client’s benefit.